Top reasons not to use Google CDN

Note: This is a post written on August 13, 2010 in my personal website, Bibakis.com.
It has moved here, mostly for archival.

Content Delivery Networks are one of the latest trends on the web. The idea is simple. Instead of having a single server in a central location, place lots of servers of smaller capacity in a variety of locations. This allows you to avoid bottleneck and reduce delivery times.

Some major web companies (most notably Google and Microsoft) have started offering public CDN services to open source projects. A lot of developers advise to use public CDNs in your websites to serve javascript libraries like jQuery and Prototype. Before you make haste to take advantage of this new trend keep the following in mind.

Your websites will be depending on the CDN
Although CDN providers have an advanced infrastructure and are generally considered very reliable, they cannot guarantee 100% availability. In fact even commercial CDNs cannot do that. Given the fact that we are talking about free services here there will be times when the CDN will be offline. If the CDN goes offline so do you.

You are as slow as your slowest part
If a CDN is performing at high speeds then everything will be ok. However consider the following example. If a page from your application takes 4 seconds to load and a javascript library takes 6 seconds to load from the CDN then the loading time for the user is 6 seconds. So while a CDN is often used to offload a site and increase loading speed it may result in the opposite if it’s not in the peak of it’s performance.

Offline development becomes painful
There may be times when you’ll have to develop your application offline for a variety of reasons. Whenever you go offline you must change you code to temporary use local files. This can be a real pain depending on the structure of your application.

JavaScript is cached anyway
JavaScript files are cached by the client’s browser. The only real benefit of using a CDN is for first time users. Are you willing to take the CDN risk just for the chance of increased speed on the single first pageview? I guess that depends a lot on your bounce rate but you get the point.

Conclusion
Before making the decision of using or not a public CDN take some time and make some performance tests of your own. Get YSlow and test loading speeds yourself. This is the only way to see if it makes sense to use a CDN.

Why salesforce claims “No software”

If you have recently visited the homepage of Salesforce.com you may have noticed a strange quote on their “welcome” banner. The slogan reads “No hardware. No software. No headaches.”. How can it be “No software” when right  below they claim that they are supposedly the leaders in cloud computing ? My bet is that someone from their marketing department insisted that people have associated software with viruses, painful error messages and technical terms they don’t understand. So the way they chose to differentiate themselves is by claiming “No software”.

If that is what salesforce’s idea of software, then indeed their software sucks. If it takes 12 fields to make a request for a demo and that complexity is carried out to their products as well, then it’s easy to understand why they view software as a nightmare. Because they have never produced great software, neither have they got the taste to appreciate other people’s great work. What a sad thing to see a company, with the mentality to create and ship crap and then just try to hide it from it’s customers with gimmicks.

Fortunately there are other companies which do their best, to produce great software products. We at Demian Labs are one of those companies that spend day after day, putting our knowledge and effort into tweaking every little detail that makes our software fast, easy and pleasurable to use. And as such a company, we are proud to claim “Yes, software. Great software!”.

The internet was one of the most important revolutions in the history of mankind. There is no doubt that no other technology has made the information age a reality like the internet has. However in the wrong hands, it can be made a tool to discriminate, annoy and treat people with disrespect.

The images bellow are real screenshots from web pages that I’ve encountered in my daily browsing. Some companies think that there are some priviledged countries, and the rest of the world. And those companies obviously think that those two categories should not be treated equally.

We live in a planet where everyone is connected with the rest of the world through the net. Twitter spreads the news faster than TV or newspappers. We are constantly moving towards a more connected future. It is innevitable that all these practices of discrimination will fail sooner or later. It is common sense that some people just don’t get the medium.

We deserve a better web and we have the tools to develop a better web. We also have the responsibility to create a better internet. So if you are a web developer or designer, or work in a startup, you should know that there is always room for improvement. You don’t need a million dolar idea to make a difference. Take a sad web app and make it better. 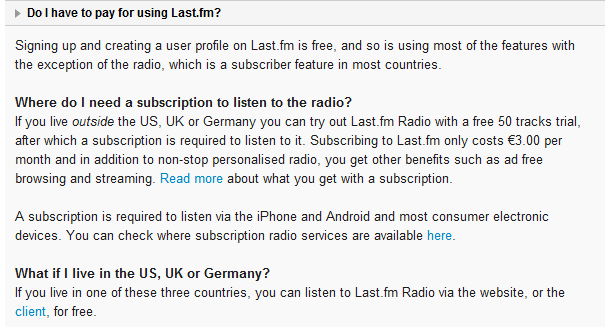 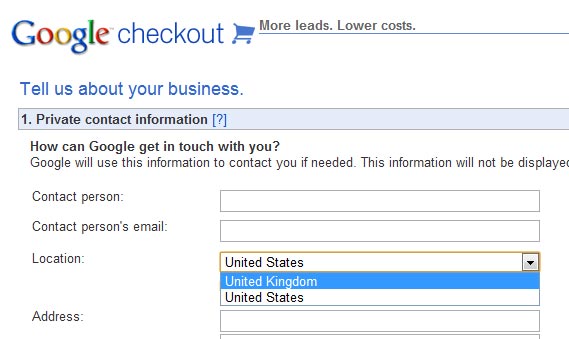 This is why I avoid Greek internet

They say that one image is one thousand words and in this case it’s true. I won’t say much, the image speaks for itself. This is a screenshot from the most popular Greek site. I followed this link from twitter. The article I was looking for was buried deep and I had to scroll, and scroll and scroll.

As you can see the article takes up 5% of the page (counted in pixels). The rest 95% is ads, menus, ads, offers, ads and some ads.

Sometimes things in the web are way simpler than we think they are. You don’t have to be a coding guru or an expert designer to understand why some products succeed and others fail. Most of the time it only takes a fast look at a single page to understand the future of a web product. So after a couple of weeks of using Google+ I can easily tell you why facebook is already dead.

I wake up on a random day and log into facebook. I notice that a girl I met once at a bar, posted a picture with her new haircut on her wall. As a natural consequence three single males and some of her female friends rushed to comment on the new haircut. Despite my initial shock I somehow find the guts to move my eyes further down facebook’s homepage. I find out that someone we went to school with, liked a love song video that a girl posted on her wall. To make things more spicy I get to see that some people made some new connections on facebook and finally that two of my friends attended an event, which I know for sure that they did not attend but rather just clicked “yes” on the invitation.

Having seen all of the above, I inevitably have to ask myself:

The right answers are:

But to be fair, there are some people sharing valuable and interesting information on facebook. And there a few of my fiends that I indeed interact and catch up on chat from time to time. So it’s not a complete waste of time. However if there was a filter that would remove all the useless information from facebook the content would drop down to 10%. And this is the reason why facebook does not create such a filter. Facebook doesn’t aim to provide people with valuable information. Facebook simply wants to provide people with any information and keep them consuming it.

But to many people this is just pain. Having to search through a vast ocean of information I don’t care about, means that the effort is not worth it. Whoever takes this effort out of the way will have me hooked on social networking again. And indeed Google+ removed all the junk out of the way and allowed me to focus on what people are sharing. It also gave me an easy way to filter content with circles. Despite the fact that not all of my friends are on Google+, it takes just a week to understand why it’s so much pleasurable to use that I don’t care.

So will facebook be dead tomorrow ? I don’t think so. The vast majority of people will never switch to Google+. Most of us will “have” to rely on facebook for lots of our messaging with the ones that won’t switch. But still the value gained through Google+ and any new social networks that may emerge soon will make facebook less and less important as time passes. Remember when MySpace profiles were filled with band spam and silly backgrounds nobody ever liked ? In a few years facebook just like MySpace, will be just another social network. And to be precise, it will be the old fashioned social network that failed because everyone was on it, but it was more about the distractions than the content itself.

By the way, click the icon bellow to circle me on Google plus:

Update: I just found out an oatmeal comic strip which perfectly illustrates my opinion in a much funnier way: