Oh, so you are tired of Steve Jobs news ?

Of all the CEOs ever retired, Steve Jobs caused the greatest noise on the blogosphere and social media. A couple of days ago when his resignation was announced, my twitter timeline was literally full of Steve Jobs tweets. Only one out of about 20 tweets had a different subject. This effect caused a lot of people to express their annoyance on the overload of Steve Jobs news on online media.

One of the things I dislike on people, is impiety. So I’d like to take a couple of minutes to remind you who is Steve Jobs and why all this fuss is taking place.

Now forget what you just read and consider that the large majority of people younger than 40 is spending more than 12 hours a day in front of a computer screen, either at work or at home. And for the rest of the day most of us use frequently a smartphone with a touch screen.

So if we put technology aside for a moment and try to think in absolute terms, it’s no exageration to say that Steve Jobs shaped the way our generation will spend half of it’s entire life. He literally helped to turn the information age from an intellectual conversation topic, to a day to day life reality for everyone. If that’s not enough for a media flood, then I don’t know what is.

And before you call me a fanboy, I should point out that I’ve never owned an apple device in my entire life. Not even an iPod.

The brutality of competing on the internet

When you work at a normal day to day job you face some competition. When you work at an office you compete against your co-workers. If everyone else is significantly faster or better than you, then you got yourself a problem. If you have a small shoe store things are even worse. Instead of competing with the ten people in your department, you compete with established businesses more experienced than you, multinationals with millions of dollars and of course all the other businesses of your size.

More than half of small businesses will not survive 4 years in the market. Considering the fact that entering the market requires a significant investment (and possibly a loan) you can easily say that it’s a pretty hostile environment. Becoming a great employee is something that takes guts and lots of hard work, but owning a business is quite a bigger challenge. However some people are driven by competition. What is a hostile environment to one, is a challenging field full of excitements and opportunities to another.

But what if you seek the most challenging work environment available? What if competing with your co-workers or other business owners is just not enough fun. The only place that can offer the maximum level of competition is the internet. When you own an internet based business you don’t just compete with the guy next door. You compete with the best in your field from all over the planet. For some people in their 30s (like me) who were born before the internet, it’s a little hard to conceive.

As we speak, my flagship product (a bookmark manager) is not only competing 50 other similar products but also google bookmarks and delicious. My best competitors are owned by two of the largest web companies with practically infinite resources. At any given moment they can throw in a room some developers far better than I can ever be, and some designers that can make me look like a kid playing with crayons to develop a product to compete with mine.

This level of competition is so high, that it ends up being the most brutal business environment I can think of. Yet for some strange reason, every time I think of it, I smile, make a cold coffee, and get right in my desk.

What if Google is wrong ?

Google is retiring the blogger and picasa brands in favor of a new new branding strategy. From now on we’ll have “Google Blogs” and “Google Photos”. This is part of an effort to move the company’s direction towards more social oriented products and of course is related to the launch of Google+. A bold move for sure, that makes one wonder how can Google be so certain about it’s success

You see, unfortunately for the first time in human history we don’t know where we are going. And by that I mean that there is no certain path for the future of technology. Some things are certain, like the mobile supremacy in less than five years, but nobody can predict how people will be using the internet next year. Since the first dot com bubble back in 2000 we see every year new products that change the way we interact with computers and people and reshape the way businesses and people work. Game changing products like YouTube, Facebook and twitter pop out so fast that we can’t even tell if there will be demand for something in the next two years.

The lessons we got from the early revolutionary startups like 37signals are now put into action in the total of the tech economy. Until the web app market of today becomes congested all we can do is develop and release as fast as possible and keep our eyes open for the new leaders.

Well facebook is the very big thing on the internet right now. A huge number of users, a huge number of buzzwords. “Social engagement”, “Social interaction”, “Content curation” and so on. The big tech blogs always rush to inform us about the latest evolutions in the facebook platform. Even if those “evolutions” are something as silly as changing the text of the “like” button we *have* to be informed. We have to be alert, we have to keep up with whatever that is that facebook is up to. Well in case you got caught in that storm, let me clear up some things.

First and most important, not everyone is on facebook. From the total internet population only a part is on facebook. Less than a third. The other two thirds are only on “the rest of the internet”. Second: facebook doesn’t really have 600 million users. There are 600 million accounts registered but most of those people just log in a few times a month (or less). It’s true that for some people facebook is a daily need, but that doesn’t mean that all of it’s users are equally “addicted”. Third: even within the daily users, a huge part is just browsing holiday pictures and watching youtube videos. Nothing that would justify your attention.

Of course facebook and the tech blogs will always claim that something huge is going on. It’s the equivalent of news on TV. Big scary headlines, always something of huge importance, always something that justifies your time. But the world we live in is not like that. Things that justify our time happen rarely. At least not as often as the TV news claim they do. But if one day you open your TV and see the newscaster saying “another boring day in the news”, the first thing you would do is turn it off and carry on with what you were doing before. It’s the same with tech blogs. If one day you read on mashable that “the social web is not that important” what would you do? Carry on of course. And this is what mashable doesn’t want you to do.

The way I see it, facebook is the TV of our generation. Yes it’s popular, yes it’s important, and yes it’s a huge market. But while you should be aware of it, you should not obsess over it. I’m tired of listening to over-exaggerations like “Oh! now adwords is dead”. Have those people really considered that social networks could might as well be what ICQ and instant messengers were 10 years ago? They were popular, they were important but I’m glad I didn’t waste my time developing ICQ plugins.

A few days after writing this post I read on technorati that facebook sources are reporting traffic losses for the second month in a row. Read more on the original post.

(All these Brilliant People at) Facebook Make Me Sad

Why Facebook isn’t the best home for your public events

The business renaissance and the culture of open source

In the last couple of days I’ve had the “problem” of having lots of people trying out deskhot. The nice part of my “problem” is that people, not only love the application and start using it right away, but they also move their bookmarks from competitor’s services. The bad part is that the database has gotten very large in a very short period of time. 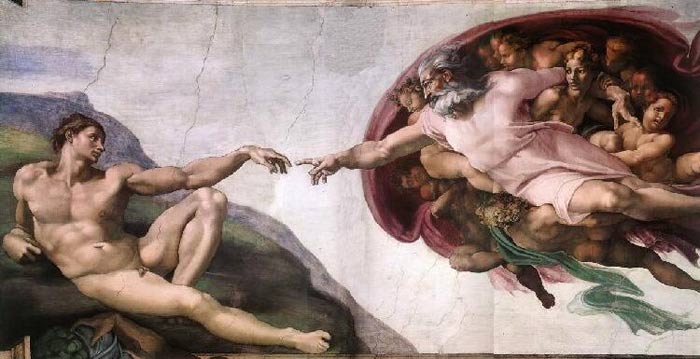 I’ve spent the last two days conducting a series of experiments and benchmarks. I’m thinking of replacing apache with nginx and MySQL with a no-db solution like MongoDB. I’ve set up Debian Linux on a couple of computers, installed the software mentioned above and have been testing various configuration combinations since. While I was feeling lost and dizzy from hours in front of a green and black terminal, countless manual pages and forum posts, I remembered how computing was back in the 90’s when I was studying computer science.

Back then it was all about things like Windows NT, enterprise UNIX, Visual Studio and the like. If you wanted to even have a shot at creating a software business you needed money. And by money I mean lots of money. But the real cost was not hardware or software. It was the time and money you had to invest in specialized training from corporations like Microsoft and SUN. Back in 1998 you couldn’t just find a specialized technical answer on Google.

In about a decade the open source movement changed all that. Now everyone who is willing to devote a reasonable amount of time to it, can start a software business. The same enterprise level software available to Google and Facebook is available for free to everyone. Along with documentation and technical support. It’s the equivalent of every school basketball team on earth being able to be coached by Phil Jackson for free.

It’s becoming obvious that over the next twenty years we will experience radical changes in the way businesses are created and operated. The Goliaths of today will be smaller tomorrow and the Davids of today will have a better chance at the future. And the best part of this forthcoming renaissance is that we can all be a part of it.